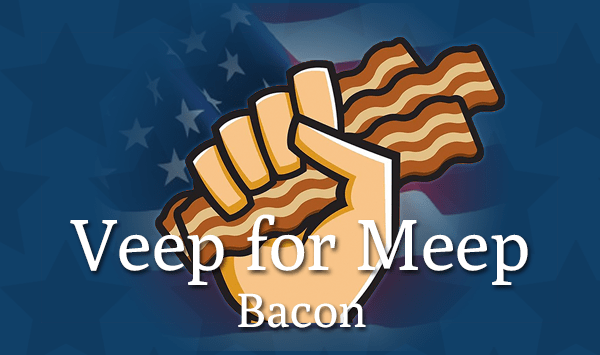 It’s getting late in the game, I know, but choosing a veep for this sheep is not done on the cheap! After much deliberation between myself and my close advisors, the decision is made. The answer was in front of us the whole time. Not Moonpie. Not Penguino. But an old friend. One who needs little introduction. A trusty compadre that has never let me down.

Energy – Did you know that Hormel made a motorcycle fueled by bacon?

Youth Fitness – Bacon does have health benefits, but everything in moderation of course!

Mass Transit – Which would you favor? Bus exhaust that smells of gasoline or bacon? Checkmate.

Defense – If the elderly can harness the power of bacon against the forces of evil, just imagine the possibilities.

Join me in welcoming Bacon to our campaign!

(makes a nice bumper sticker, no?) 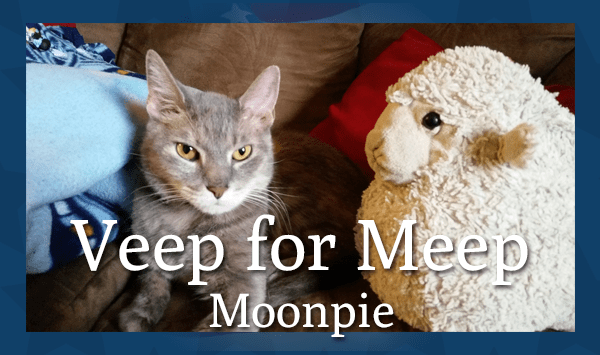 While others are just announcing their intentions for the Presidency, this sheep has been there, done that. And this sheep has been busy looking for Vice Presidential material. Furry, Not-So-Furry, Poly-Fill. I don’t discriminate. I have recently sat down with Moonpie, a cat with no issues telling how it is.

Moonpie tells me of a country where ham is plentiful and desks are clutter-free (for sits, of course). She also told me of her stances on the issues.

Foreign Affairs – Once tried to negotiate with foreign dignitaries (a mouse) to reach an agreement to leave our sovereign nation with no repercussions.

Energy – She tries not to expend too much of it. We need to save for the future.

Youth Fitness – Apparently this is not an issue. The younger cats in the land run around too much. See stance on energy conservation.

Mass Transit – Will it bring ham faster? Then bring it on. Chicken too. Not turkey though. Unless I want hairballs all over the Meep House floor.

Defense – Moonpie contributed to 1 more mouse (after failed negotiations) than the rest of the candidates to keep the peace within our nation.

My interview was cut short due to her leaving for an “important meeting.” Hmm! More choices to come! Stay tuned and leave the bacon at my door.